END_OF_DOCUMENT_TOKEN_TO_BE_REPLACED

Not quite a valley

So I was on a magically grown boat, swimming away from the only way back to my reality, in the companionship of a botanus who insisted he owes me his life and must repay this debt. I understand why we had to be so quick about escaping it, but the last thing I wanted was being stuck on Draenor of the past. Of a different past, no less. The more I heard about what’s happening out there, the more I was sure this wasn’t the Draenor of my childhood. Somehow, this universe’s Shattered Hand is not a real clan, but a group of masochists and former ogre slaves. Let’s not even mention the Ogre Empire – which was long gone when I hatched, and yet here seems to still exist (albeit in a collapsing state). The fall of the Ogre Empire only happened with the rise of the Talon Kings, and Terokk. Could this mean that in this universe Terokk was never the religious and political figure he was in our reality?

END_OF_DOCUMENT_TOKEN_TO_BE_REPLACED 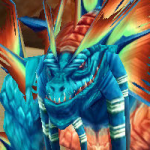 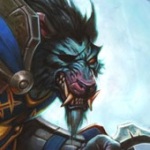 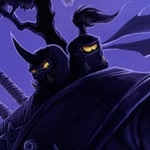