END_OF_DOCUMENT_TOKEN_TO_BE_REPLACED

Not written by Podric’s player

END_OF_DOCUMENT_TOKEN_TO_BE_REPLACED 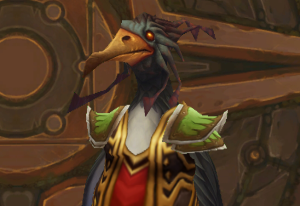 END_OF_DOCUMENT_TOKEN_TO_BE_REPLACED

It’s hard to write anything definitive about the Xa’tac civilization. Most people out there among the stars know them only as “Deathlords of Xa’tac”, but in this way they omit the long history of the Xa’tac people, most of which wasn’t that different from histories of other worlds – as in, not filled with gruesome ritual sacrifices and enslavement of millions into undeath. They have come to be known in this way due to their short and brutal rule of many worlds and the campaign of conquest that enslaved and completely exterminated multiple worlds. They became a threat so powerful the Burning Legion itself stepped up to destroy them. And once they were wiped out to the last man, the demons were content to simply fly away and never look back. The Deathlords of Xa’tac became a boogeyman that mothers scared unruly children with. But we can’t forget where they came from and how they became what they were.

END_OF_DOCUMENT_TOKEN_TO_BE_REPLACED

Back in my element

For the longest time, I’ve been stuck on this groundling world with no way out, nor any way to meet more of my kind. All I had were these unfamiliar, strange people and too often I had to even pretend I’m something different. And now I’m in luck, because Krasha managed to open a portal to another world, one more familiar to me. I mean, it was just gnomes at first, and I don’t really like them (who does?) but it was the Gnadra Confederacy. Finally, I was back in a familiar territory. I would run back to my homeworld using this opportunity but I actually managed to get a well-paying job here, with the opportunity to use the knowledge that would have been useless on Wawhira, but to my present employer it’s gold. I’m back out of “miraculous trader” and into “interstellar guide”!

END_OF_DOCUMENT_TOKEN_TO_BE_REPLACED

Character: Captain Matus T. Manks of the Venture, boldly going where no gnome has gone before
The day began very usually. We read through the “nightly” shift’s mining reports and prepared for our work the following day. I must say living on a world tidally-locked to its sun can wreck one’s sense of time quite well. This red dwarf is stuck in eternal sunset and no matter when you wake up or when you go to sleep, you will always see the same amount of light, and our bodies are set to identify how tired they are by the amount of light in the environment. After spending a month on the duty of protecting the grav miners here, I find myself lying awake in bed for the whole time designated as “night” on our timetables, and then feeling completely tired for the whole “day”. But that was by far the least odd thing that happened to me yesterday.